at Grand Illusion Cinema
This event has passed.

This ticket is for admission to the in-person screening of  the Halsted Double-Feature Archival Program only.

The Halsted Double-Feature can only be seen at the Grand Illusion Cinema at 9pm, September 11 and is not included in the SECS FEST 2021 virtual live stream.

Fred Halsted (July 20, 1941 – May 9, 1989) was an early innovator of the hard-core gay feature. His films have been heavily censored and rarely exhibited outside of a rare cinematheque or museum screening. So we are fortunate to be able to screen two of Fred Halsted’s films, LA Plays Itself & Sextool, recently restored by Altered Innocence.

Both films, LA PLAYS ITSELF and SEXTOOL will include an introduction from gay film scholar and archivist, Evan Purchell.

SECS Fest is powered by Shunpike.

Shunpike is the 501(c)(3) non-profit agency that provides independent arts groups in Washington State with the services, resources, and opportunities they need to forge their own paths to sustainable success. 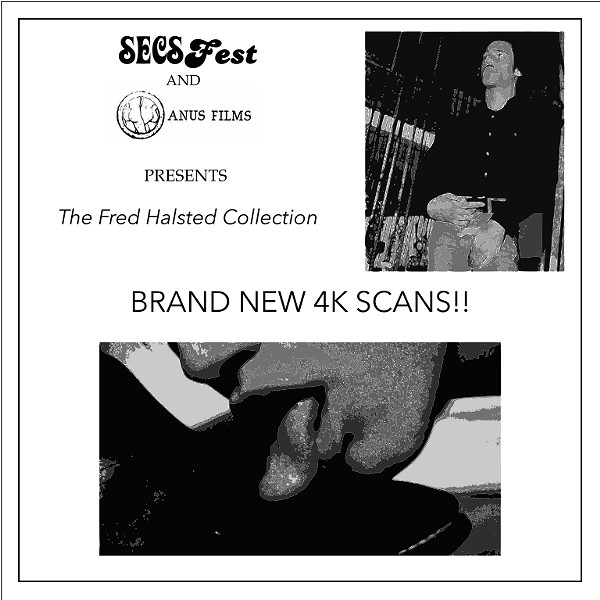 This event is part of SECS FEST 2021 - “For Your Pleasure” Short Film Program. Click here to purchase series passes or see more events.